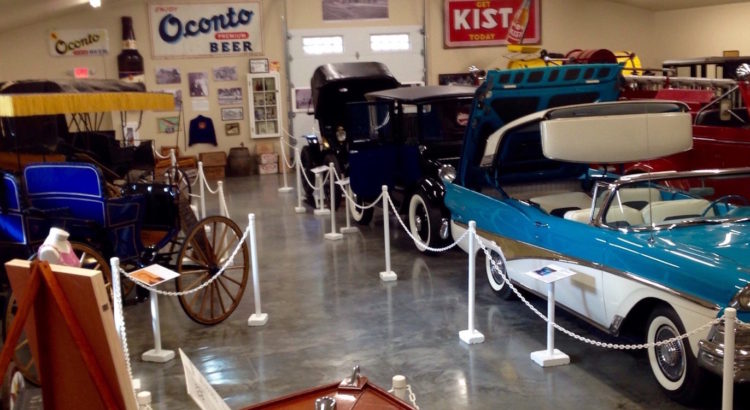 On December 2, 2014, the Bond Foundation awarded the Oconto County Historical Society (OCHS) a $250,000 grant to assist in the construction of the Carriage House. This project involved the construction of a 6,600 square-foot building as an addition to the George E. Hall Annex. The addition was to serve as home to OCHS’s collection of antique vehicles along with other popular exhibits.

OCHS began restoring vintage vehicles in September of 2012. The first vehicle to be restored was a Studebaker fringe-top surrey. Once the restoration was complete OCHS recognized the need for a place to display their collection of restored antique vehicles that included the necessary climate control and protection from animals. A fund drive began and included many donations, the largest being the $250,000 grant from the Bond Foundation. It was with this grant that OHCS was able to make the dream of building this addition real.

The Carriage House is more than just an exhibit space for restored vehicles. It also includes an ice sleigh used by local Norwegian fisherman, dugout and birch bark canoes believed to have been used by indigenous tribes, a four-foot model ship, an Oconto Brewery display and Stanley Toy Factory display among many others. The building also has a meeting room, warming kitchen, gift shop, restrooms and serves as the reception area for visitors to the Beyer Home museum.

The Bond Foundation is pleased to be able to help the OCHS in maintaining and preserving the history of Oconto.

Interested non-profit organizations must submit an initial letter of inquiry to the Foundation in order to be considered for funding.
Continue Reading